Do you have a Camp Lejeune case? Contact Us Now!

The Camp Lejeune Justice Act allows veterans, family members, non-military (civilian) workers, contractors, and any other person who lived or worked at the base to file claims to recover damages for harm from exposure to contaminated water at Camp Lejeune in North Carolina. Contact Malman Law today to determine if you have may have a case.

This bill  allows veterans, contractors and their family members who were exposed to harmful chemicals to file lawsuits for damages and Injuries.

Malman Law, a personal injury law firm based in Illinois, is helping individuals Nationwide who think they may have a case.

If you or a loved one believes they may have a Camp Lejeune case, contact Malman Law today. We will answer your questions and help determine if you may be entitled to your part in the billions of dollars that have been allocated for these victims.

A final rule from the United States Department of Veteran Affairs (VA) on January 13, 2017, stated that veterans, former reservists, and former National Guard members who had served at Marine Corps Base Camp Lejeune, the United States military training facility in Jacksonville, North Carolina, for at least 30 days and were diagnosed with any of eight associated diseases are going to be presumed to have incurred or aggravated their disease in service for purposes of entitlement to VA benefits. The presumption means that affected former reservists and National Guard members will have veteran status for the purpose of entitlement to VA benefits, and such individuals should immediately contact a Camp Lejeune lawyer.

The presumptive service connection was established by the VA for service members exposed to water supply contamination at Camp Lejeune between August 1, 1953, and December 31, 1987, and who ultimately developed one of eight diseases. The eight named conditions are the only types for which the VA deems there is sufficient scientific and medical evidence supporting the creation of a presumption, but the VA is still reviewing additional information about other cancers. 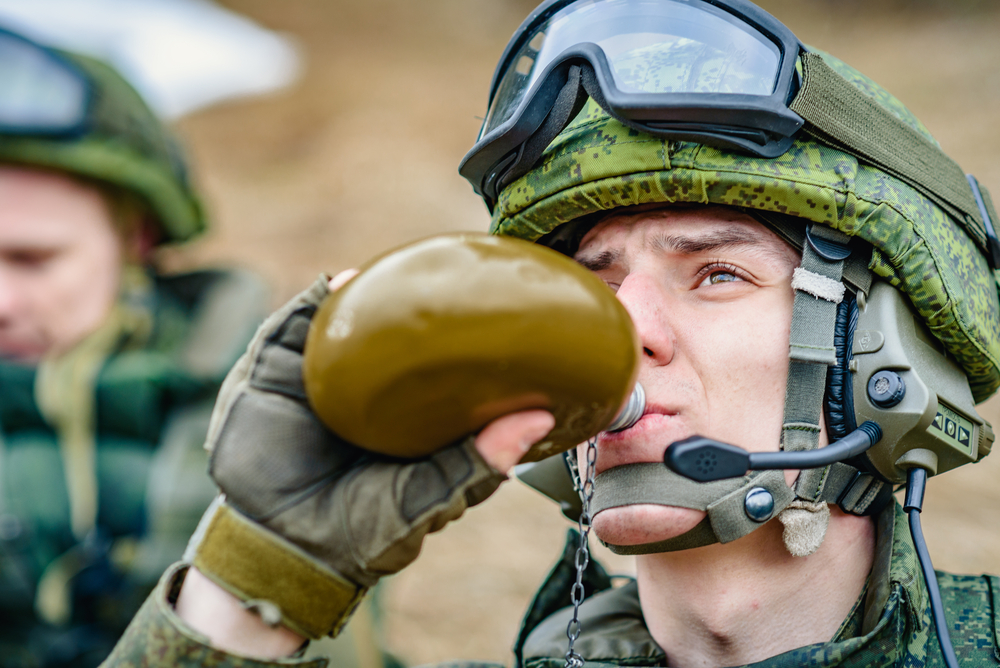 Many soldiers at Camp Lejeune and their families have been subject to several volatile organic compounds (VOCs) or toxic substances in both drinking water and bathing water between the August 1953 and December 1987 dates listed above. Such contamination was ultimately discovered in wells throughout the base in 1982 after users first began using those wells almost a year before.

Presumptive service connections mean that the VA will formally acknowledge military service at Camp Lejeune during qualifying years associated with the eight listed presumptive diseases. If you are filing a disability claim, the VA requires you to submit medical records and other medical evidence demonstrating your conditions link to your military service, but you should not have to supply any additional documentation.

The eight presumptive illnesses include:

Veterans may also be diagnosed with many other health conditions or diseases and still get access to VA health care even when conditions are not presumptively service-connected for disability benefits. Such conditions could include breast cancer (in males as well as females), scleroderma, lung cancer, neurobehavioral effects, esophageal cancer, renal toxicity damage to the kidneys, female infertility, hepatic steatosis, and miscarriages. If you were a victim of Camp Lejeune water contamination do not hesitate to contact a Camp Lejeune lawyer. 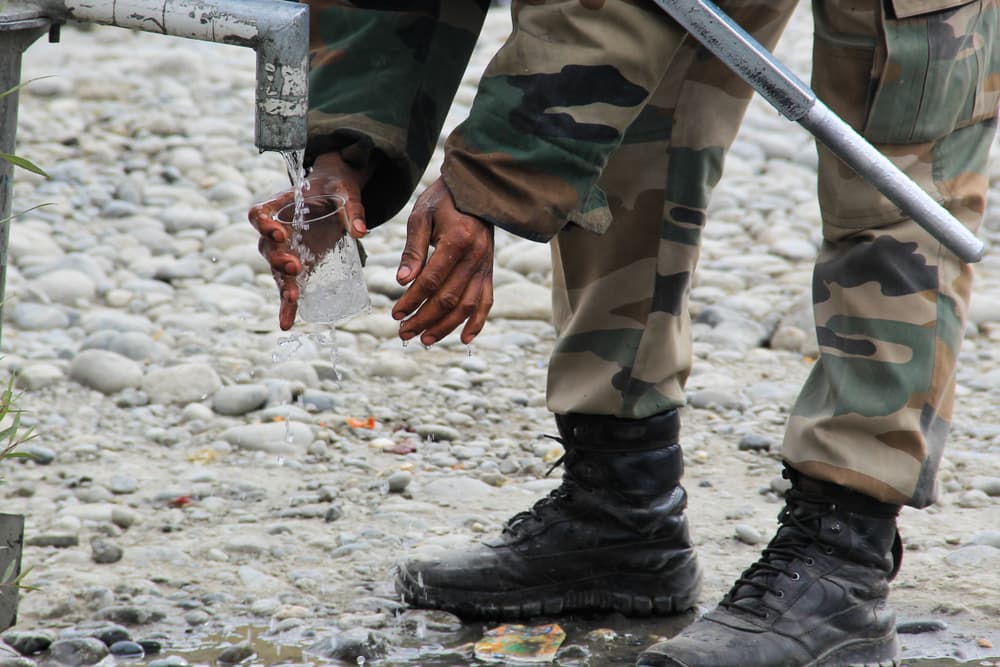 Substances the EPA evaluated are addressed by certain cleanup actions at Camp Lejeune. There is an entire list of contaminants on the EPA website, and every contaminant also lists the type of contaminated media, including groundwater, surface water, soil, or sediment.

To identify COCs, the EPA identified various people and ecological resources involving exposure to contamination found at the site, determined the amount and type of the contaminants present, and determined the human health or ecological effects that could result from contact with such contaminants. At the Tarawa Terrace Treatment Plant, PCE was the main contaminant, and the source of contamination was an off-base dry cleaning firm, ABC One-Hour Cleaners, with the shutting down of the most highly-contaminated wells occurring in February 1985.

The ATSDR completed water modeling for the Tarawa Terrace system. Its model results indicated that PCE concentration exceeded the current EPA maximum contaminant level in drinking water at the Tarawa Terrace water treatment plant for 346 months between November 1957 and February 1987.

Over time, PCE degrades in groundwater to trichloroethylene (TCE), trans-1,2-dichloroethylene (DCE), and vinyl chloride. The levels of such chemicals in the Tarawa Terrace drinking water system were also estimated.

There was the involvement of multiple sources of contamination at Hadnot Point, including both leaking waste disposal sites and underground storage tanks. The most highly contaminated wells had been shut down by February 1985.

PCE has high vapor pressure, which means much of it entering into the environment exists as a vapor in the air, where it may break down by sunlight, or be brought back to the land surface through the rain. Liquid PCE can be denser than water, and it has a limited tendency to mix with, or dissolve in, water.

Liquid PCE will tend to move downward and may exist in groundwater as a separate dense non-aqueous phase liquid that collects or pools at or along lower points. Smaller amounts of PCE can dissolve in surface water or groundwater.

The NCBI study concluded that long-term exposure to low concentrations of the chemical trichloroethylene (TCE) was associated with neurobehavioral deficits. The University of Pittsburgh conducted studies examining the effects of chemical solvents on exposed subjects and found that poor concentration, social alienation, anxiety, and learning or memory impairments were especially common in addition to hyperactivity and behavioral issues in children with exposure to VOCs.

Epidemiological studies have suggested a higher frequency of neurological and psychiatric symptoms for exposed workers than those who were not exposed. The World Health Organization (WHO) Neurobehavioral Core Test Battery (WHO-NCTB) is a test battery designed to identify neurotoxic effects in human populations developed at a meeting held in 1983 by both the National Institute for Occupational Safety and Health (NIOSH) and WHO.

That meeting sought to identify a core set of tests to be used in every study to help develop a body of evidence from the same set of tests, and propose more tests for in-depth characterization of the effects of chemical exposures. The test selection guidelines for the core tests developed at the meeting were to choose tests that detected positive effects in published studies, measuring functions affected by multiple neurotoxicants, were reliable and have construct validity, were relatively culture-free, returned a reasonable amount of information for the time committed to the test, and were motivating to take.

The WHO-NCTB, the Neurobehavioral Evaluation System (NES)-2 computerized battery, and there was use of four additional South African tests in a later NCBI study. The Adult Environmental Neurobehavioral Test Battery (AENTB) evaluates major neurobehavioral domains and functions and with later adoption by the ATSDR.

Most VOCs leave the body within a mere week of last exposure, so a majority of testing may not be able to determine whether you were exposed to such chemicals at Camp Lejeune because the exposure was usually many years ago. No specific medical tests have a recommendation for the exposures identified above, so you are instead instructed by ATSDR to continuously monitor your health and get regular medical check-ups, discussing conditions with your physician.

A person can obtain their medical records by contacting the National Personnel Records Center, Military Personnel Records (NPRC-MPR), which keeps all personnel, health, and medical records of discharged and deceased veterans for every service while they were in the military. NPRC-MPR also keeps medical treatment records for retirees from every service, as well as records for dependent and other persons treated at naval medical facilities.

Information from these records is made available upon written request, although requests must contain enough information to locate such a record. The information will include your complete name as it appears on the service records, your service number or social security number, your branch of service, and your dates of service.

Dates and place of birth may also be helpful, especially when your service number is unknown. If a request pertains to a record that could have been involved in the 1973 Records Center fire, you also need to include your place of discharge, last unit of assignment, and place of entry into the service, when known.

The ATSDR does not provide advice about any claims or compensation but instead directs people to contact the Navy Judge Advocate General (JAG) at (202) 685-4600. If you need additional advice to help with filing a claim, you should consult a  Camp Lejeune lawyer.

1. Is There a Camp Lejeune Class Action Lawsuit?

As soon as the U.S. Senate approves the Camp Lejeune Justice Act, passed in March 2022, and becomes a law, any person who was exposed to the Camp Lejeune contaminated water will be able to fill a claim seeking compensation against the U.S. government.

2. Who Can File a Camp Lejeune Lawsuit?

Anyone, family member, or soldier, who lived or worked on Camp Lejeune for at least one month, between August 1, 1953 and December 31, 1987, and was exposed to the contaminated water, is eligible to file a claim.

It doesn’t matter where the victim resides. Any person, including veterans and family members, who lived at Camp Lejeune for at least 1 month can fill a claim. If you need professional guidance please contact a Camp Lejeune lawyer right away.

4. What Can Camp Lejeune Victims Sue For?

Eligible victims of Camp Lejeune water contamination can file a claim against the U.S. government if they suffered physical injuries or diseases associated with the exposure to the toxic water at Camp Lejeune.

5. Can I File a Claim for Someone at Camp Lejeune Who Died Already?

6. How Much Would I Receive For A Camp Lejeune Settlement?

An estimation based on the Camp Lejeune lawsuit cancer cases, the settlement amount could be between $150,000 and $750,000, expecting a higher amount for those who were diagnosticated with Parkinson’s disease caused for this contaminated water. 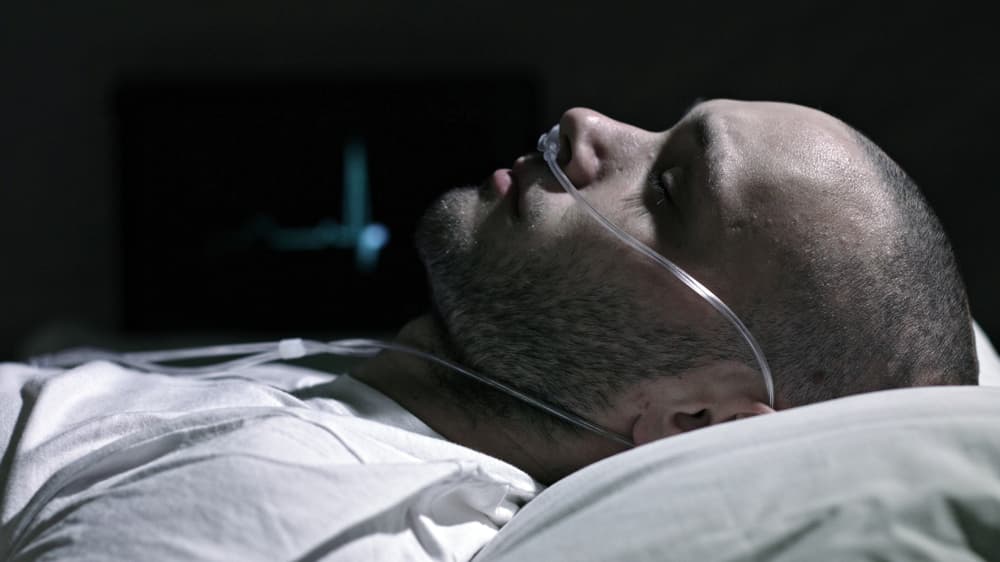 You Need The Best Camp Lejeune Lawyer on Your Side, Call Us Today!

If you are or where a service member who is now suffering from some kind of cancer following service at Camp Lejeune, you will want to make sure you secure legal assistance with recovering all of the compensation you might be entitled to. Malman Law has an unparalleled level of success in its handling of these types of cases.

Our firm will be able to thoroughly examine your military records and prove the necessary connection to help you qualify for the VA benefits you need and deserve. You can call us at (888) 711-7955 or contact us online to set up a free consultation that will allow us to review your case and fully discuss all of the legal options you might have.